With summer approaching it is time to start stocking up on those summer essentials to keep our skin happy and healthy. But be wary of what you put on your body.

The average drugstore sunscreen contains toxic chemicals as well as endocrine disrupting chemicals that studies have shown to promote skin cancer growth as well as free radicals in the body. Many of these ingredients are even found in some “all-natural” sunscreens.

Making your own sunscreen is simple, but it does require some tools and materials that cannot be found at your local grocery store. If you prefer to stick with the store bought stuff or need some sunscreen on the go, stick to the brands listed here. These are the best on the market. My personal favorites are Badger and California Baby, both relatively easy to find at your local Whole Foods and some drugstores.

Be aware that the sun provides are bodies with vitamin D, an essential vitamin for health. We need about 20 minutes of full face and arm exposure (no sunscreen) every day  for adequate vitamin D absorption, even more in the winter months. As most people do not work outdoors, it can be a challenge to get enough sun, especially when the majority of people apply lotions or makeup with sunscreen on a daily basis. Vitamin D deficiencies have increased with the rise in use of sunscreen products as has skin cancer.

Do not use sunscreen every day and steer clear of any sunscreens with harsh chemicals. When planning for a long day in the sun, limit your exposure by wearing a wide brimmed hat and clothing that provides more coverage. In a situation in which sunscreen is required, either pick up one of the brands noted above or try this homemade remedy from Wellness Mama:

How To Make Natural Sunscreen:

Enjoy, stay safe, and have a wonderful summer!

The following text and images are courtesy of Oatmeal with a Fork. See the full article here. Enjoy!

Lemon bars have always been a favorite dessert of mine.

My mom got me hooked on them as a little girl, and I pine for them whenever I cruise by a bakery display…out of necessity is born a recipe!

This raw version is made up of a chewy, sweet, and slightly tangy bottom layer topped with a rich and creamy layer of lemon-y goodness…the sweetness offsets the lemon enough to keep you from puckering, while still maintaining the citrus flavor that makes these bars so fresh and clean.

…and the obligatory bite shot…

I can see myself nibbling on one of these while sipping a cup of tea in the late afternoon…bliss.

(NaturalNews) The statement “everything causes cancer” has become a popular hyperbole, and one that some people use as rhetorical fodder to excuse their own dietary and lifestyle failures, particularly as they pertain to cancer risk. But the truth of the matter is that many common food items have, indeed, been scientifically shown to increase cancer risk, and some of them substantially. Here are 10 of the most unhealthy, cancer-causing foods that you should never eat again:

1) Genetically-modified organisms (GMOs). It goes without saying that GMOs have no legitimate place in any cancer-free diet, especially now that both GMOs and the chemicals used to grow them have been shown to cause rapid tumor growth. But GMOs are everywhere, including in most food derivatives made from conventional corn, soybeans, and canola. However, you can avoid them by sticking with certified organic, certified non-GMO verified, and locally-grown foods that are produced naturally without biotechnology (http://www.naturalnews.com).

2) Processed meats. Most processed meat products, including lunch meats, bacon, sausage, and hot dogs, contain chemical preservatives that make them appear fresh and appealing, but that can also cause cancer. Both sodium nitrite and sodium nitrate have been linked to significantly increasing the risk of colon and other forms of cancer, so be sure to choose only uncured meat products made without nitrates, and preferably from grass-fed sources (http://www.organicconsumers.org/foodsafety/processedmeat050305.cfm).

3) Microwave popcorn. They might be convenient, but those bags of microwave popcorn are lined with chemicals that are linked to causing not only infertility but also liver, testicular, and pancreatic cancers. The U.S. Environmental Protection Agency (EPA) recognizes the perfluorooctanoic acid (PFOA) in microwave popcorn bag linings as “likely” carcinogenic, and several independent studies have linked the chemical to causing tumors. Similarly, the diacetyl chemical used in the popcorn itself is linked to causing both lung damage and cancer (http://www.drweil.com/drw/u/QAA400701/Microwave-Popcorn-Threat.html). 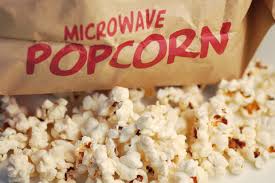 4) Soda pop. Like processed meats, soda pop has been shown to cause cancer as well. Loaded with sugar, food chemicals, and colorings, soda pop acidifies the body and literally feeds cancer cells. Common soda pop chemicals like caramel color and its derivative 4-methylimidazole (4-MI) have also specifically been linked to causing cancer (http://www.naturalnews.com/031383_caramel_coloring_cola.html).

5) ‘Diet’ foods, beverages. Even worse than conventional sugar-sweetened soda pop, though, is “diet” soda pop and various other diet beverages and foods. A recent scientific review issued by the European Food Safety Authority (EFSA) of more than 20 separate research studies found that aspartame, one of the most common artificial sweeteners, causes a range of illnesses including birth defects and cancer. Sucralose (Splenda), saccharin and various other artificial sweeteners have also been linked to causing cancer (http://www.dailymail.co.uk).

6) Refined ‘white’ flours. Refined flour is a common ingredient in processed foods, but its excess carbohydrate content is a serious cause for concern. A study published in the journal Cancer Epidemiology, Mile Markers, and Prevention found that regular consumption of refined carbohydrates was linked to a 220 percent increase in breast cancer among women. High-glycemic foods in general have also been shown to rapidly raise blood sugar levels in the body, which directly feeds cancer cell growth and spread (http://www.naturalnews.com/001812_cancer_prevention.html). 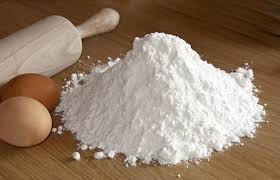 7) Refined sugars. The same goes for refined sugars, which tend to rapidly spike insulin levels and feed the growth of cancer cells. Fructose-rich sweeteners like high-fructose corn syrup (HFCS) are particularly offensive, as cancer cells have been shown to quickly and easily metabolize them in order to proliferate. And since cookies, cakes, pies, sodas, juices, sauces, cereals, and many other popular, mostly processed, food items are loaded with HFCS and other refined sugars, this helps explain why cancer rates are on the rise these days (http://www.naturalnews.com/038071_cancer_sugar_sweets.html).

8) Conventional apples, grapes, and other ‘dirty’ fruits. Many people think they are eating healthy when they buy apples, grapes, or strawberries from the store. But unless these fruits are organic or verified to be pesticide-free, they could be a major cancer risk. The Environmental Working Group (EWG) found that up to 98 percent of all conventional produce, and particularly the type found on its “dirty” fruits list, is contaminated with cancer-causing pesticides (http://www.ewg.org/foodnews/list/).

9) Farmed salmon. Farmed salmon is another high-risk cancer food, according to Dr. David Carpenter, Director of the Institute for Health and the Environment at the University of Albany. According to his assessment, farmed salmon not only lacks vitamin D, but it is often contaminated with carcinogenic chemicals, PCBs (polychlorinated biphenyls), flame retardants, pesticides, and antibiotics (http://www.albany.edu/ihe/salmonstudy/pressrelease.html).

10) Hydrogenated oils. They are commonly used to preserve processed foods and keep them shelf-stable. But hydrogenated oils alter the structure and flexibility of cell membranes throughout the body, which can lead to a host of debilitating diseases such as cancer. Some manufacturers are phasing out the use of hydrogenated oils and replacing them with palm oil and other safer alternatives, but trans fats are still widely used in processed foods (http://www.naturalnews.com/010095_hydrogenated_oils_unhealthy.html).

Avventura has officially hit 1,000 Likes! Thanks everyone for your support.

The following text and pictures are courtesy of Will Cook for Friends. This is an excerpt  see post in full here.

Words and photos below courtesy of Healthy-Living. See article here.

Marilyn Monroe slept in a bra to keep her assets firm and perky, according to Hollywood lore. A new study out of France suggests it might have been more effective for the screen goddess to go “au naturel” instead.

Researchers spent 15 years studying the breasts of over 330 French women, and concluded that wearing a bra does not prevent sagging or ease back pain as commonly thought. “Medically, physiologically, anatomically—breasts gain no benefit from being denied gravity, Professor Jean-Denis Rouillon, from the University of Besançon, told France Info Radio. “On the contrary, they get saggier with a bra.”

Taking measurements with a caliper, the researchers found that by not wearing a bra, muscles around the breast actually strengthened and the “nipple raised 7mm per year toward the shoulder.” However, the scientists did not recommend all women abandon their bras since their muscles had probably already degraded.

While the phenomenon of “bra burning” has been greatly exaggerated, in 1970s it was not only politically correct but also fashionable to go braless in the United States. Since then, women have been trussing themselves into increasingly structured—and expensive—undergarments. According to Business Week, the women’s intimates’ industry generates over $11 billion a year in revenues.

The results of the study may be intriguing, but it’s doubtful that droves of American women are going to ditch their bras anytime soon. For one thing, a study by the Center for Talent Innovation found that women who jiggle around the work place are deemed less worthy to become executives by both men and and other women.

Furthermore, the study focused on women ages 18 to 35. According to France’s English-language news site The Local, one 28-year-old participant reported multiple benefits: “I breathe more easily, I carry myself better, and I have no back pain.” We’ll see what she says at age 50.

Check these sexy ladies out!

My friend, Ashley, recently started a blog with her fitness model teammate, Christine, focused on eating healthy and getting fit. In doing so, they have created a community for women filled with practical advice and motivation in all things health and fitness, where women can share their stories of overcoming challenging and achieving success.

I love this blog!