Recently discovered Etsy artist, Sophie Blackall. Not my usual style of art. Blackall is bubbly, fun and colorful with childlike charm. The following is her About Me write up on Etsy.

Born in 1970, Sophie Blackall grew up in Australia where she learned to draw on the beach with sticks, which has not altogether helped her sense of perspective. She completed a Bachelor of Design in Sydney in 1992 with honors, which furnished her with useful Letraset, bromide and enlarger machine skills. The following few years were spent painting robotic characters for theme parks, providing the hands for a DIY television show and writing a household hints column.

Over the next several years Blackall had many exhibitions of paintings in galleries in Sydney and Melbourne.

In 2000, Blackall was seduced by New York. She has lived and worked in Brooklyn for the past ten years. Her editorial illustrations have appeared in many publications including The New York Times, The Wall Street Journal, The Boston Globe, Architectural Digest, Town and Country, Vogue and Gourmet, and she has animated nine tv commercials for the UK.

In 2002 she illustrated the childrens book, Ruby’s Wish by Shirin Yim Bridges (Chronicle Books), which won the Ezra Jack Keats award in 2003.

Since then, she has illustrated seventeen other books for children including Meet Wild Boars by Meg Rosoff (Henry Holt & Co) which won the Society of Illustrators Founders Award, and the Ivy and Bean series by Annie Barrows (Chronicle Books).
Blackall also works in three dimensions and her mixed media sculptures made from Victorian doll parts, glove fingers and vintage taxidermy are currently on show in Paris at Galerie Epoca.

Over the past year she has collaborated with the pop star Mika on a number of visual pieces, including an anthology of paintings to accompany songs (alongside Paul Smith and Peter Blake among others), and an ambitious series of images for his latest album, The Boy Who Knew Too Much, and world wide tour.

Her recent and ongoing project, Missed Connections, is gathering media attention around the world, and will be published as a book in 2012.

In the rare moments that Blackall is away from her desk, she can be found in the kitchen making preposterous birthday cakes for her children or wandering the Brooklyn flea markets in a daze.

Some of my favorites: 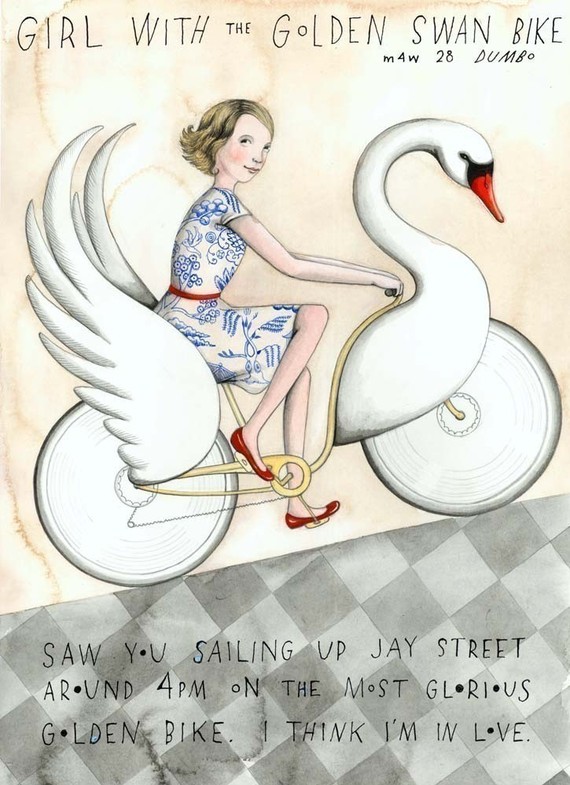 Girl With The Golden Swan Bike 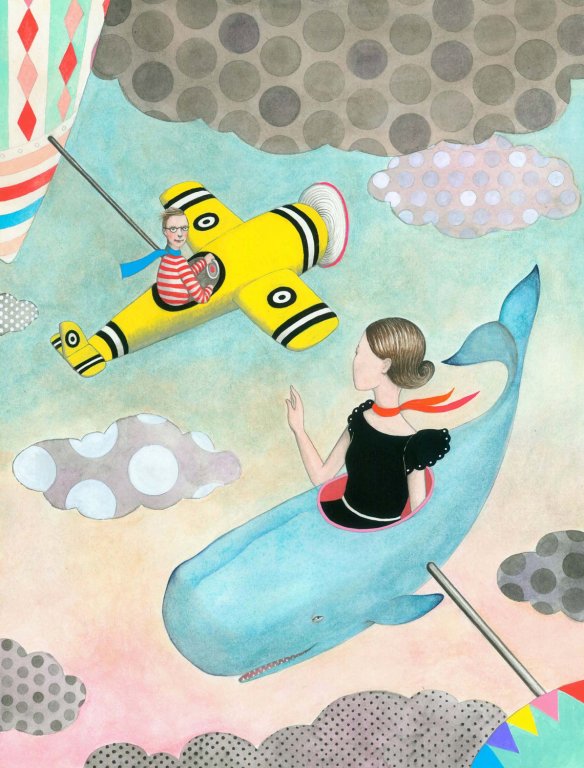 We Passed Each Other When the Sky was Pink 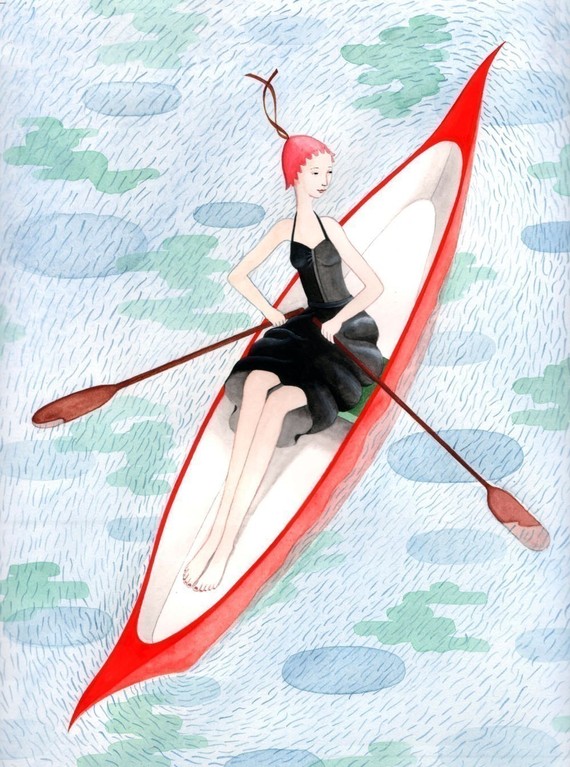 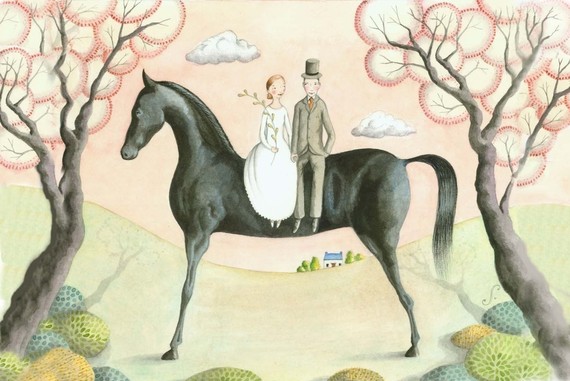